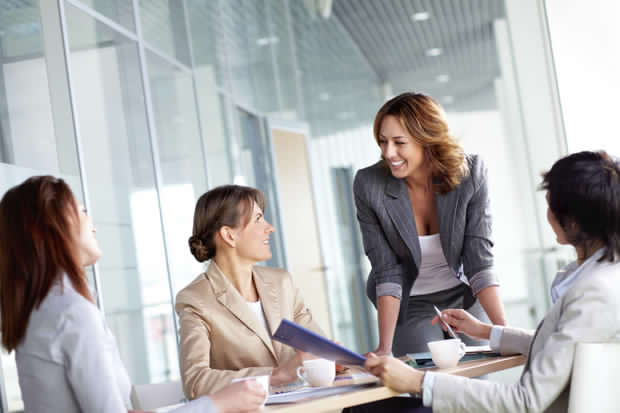 The glass ceiling has been an ongoing metaphor to represent women’s fight to be recognised and considered equals at all levels in business. Over the years, there have been huge strides in how women are viewed, however, as Forbes recently stated in an article the ceiling is “cracked, not broken[1].” However, this does show significant progress and instead of it being shocking – that women are now in high level leadership positions – it is expected and celebrated, and that is a large step forwards.

There may be those out there that do not see the correlation between women in the workplace and a more successful company, however, there is empirical evidence that demonstrates just this. Making sure that women have fair representation, increases productivity, creativity, and also leads to alternative problem solving angles. It also makes for a healthier, more equal and far more rounded society.

Beneple is a strong advocate for women in executive roles, and we want to continue working alongside other companies in the UAE to make this the norm.

Why is it so crucial?

As much as there is a strong emotional argument for having women in leadership roles, business is still business and many people argue the economic side. However, we have news for you! Having a fair number of women in top positions will financially benefit your company, and here is how.

In a study conducted by Pearson in 2016 entitled, “Is gender diversity profitable? Evidence from a global survey,” it stated that having a balance of women and men in leadership roles corresponds directly to higher stock values and also reduces discrimination in the workplace. It also has a positive influence on aspects such as paternity leave and the general attitudes within the workplace.

Having said this there is still a clear discrepancy between the number of men and women in executive roles,  and unfortunately, the number of female CEOs dropped to only 4% amongst Fortune 500 companies in last year in 2016.

So, if having women in the workplace and filling executive roles creates such a positive change then what may be the barriers to achieving equality?

There are a multitude of reasons, from cultural bias, inadequate maternity leave to simply not enough female role models. However, these are all solvable issues, and when you have women such as Sheryl Sandberg vocally discussing these issues you begin to see women feeling more empowered to go for executive roles, and finally begin to smash that glass ceiling. 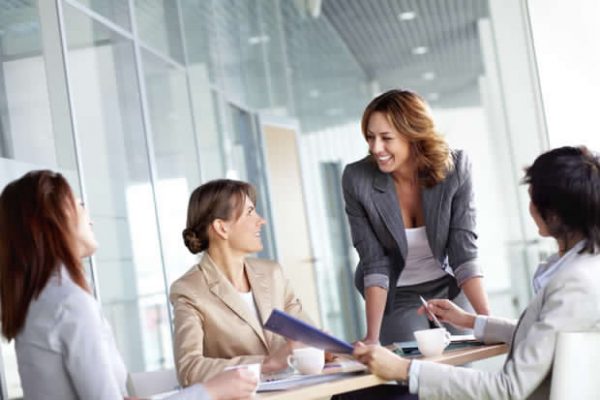 Is it possible to ‘have it all’?

Women are always sold the ideal of ‘having it all,’ but what does this mean and is it really possible? The idea of having it all means (if you so choose) the top flying job, the family life and the free time to enjoy yourself. However, we think the expression, ‘have it all’, implies no limitations; if you want to be a CEO then you can, if you want to be treated equally then no questions asked, if you want to have a family then that is your choice. Women want to have autonomy and a life where we do not have to choose between our different life paths.

Over the years, there have been countless women who have demonstrated just how possible this really is. 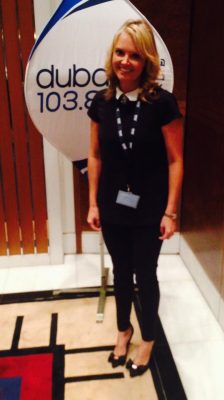 Even at Beneple our very own Danielle Suchley, who, in addition to being the Managing Director of Beneple, is also the MD of Finsbury Associates and two other companies. She also has two children, one of whom is only 18 months old; and she is a perfect example of how you can achieve anything if you set your mind to it.

If you live in the UAE, then you most likely have the Entertainer app on your phone. The creator Donna Benton has built an empire; starting as a book of vouchers she has dominated the UAE discount market. Setting up every aspect of her business from scratch, she is a truly inspiring example of what can be achieved through determination and drive.

The founder of Mompreneur, Mona Tavassoli, clearly understands that there is an untapped market of highly experienced women trying to get back into the work place. It is her aim to ensure that women really can ‘have it all,’ already assisting over 500 women returning to the workplace to balance their work and life. Their aim is to educate women to make sure they feel as if it is possible to do anything, rather than feeling anxious about making the transition.

Ripe is an absolute revelation, on a weekend you can potter down to their market and purchase fresh organic produce and unique hand crafted products sourced from around the UAE. The brainchild and founder of Ripe Market is Becky Balderstone, who created the idea out of a desire to see fresh organic produce in the region. It is inspiring to see a business born out of a deep-seated need to make a change.

These inspiring women are just the tip of the iceberg, we are constantly seeing women from across the globe making their mark and contributing to companies in a truly meaningful way; without being intimidated or limited by anything.

How is the UAE leading the way?

The UAE has reconfirmed its commitment to increasing the equality and visibility of women in the workplace. His Highness Sheikh Mohammed Bin Rashid Al Maktoum is a keen advocate of equality for all in the UAE, and his vision is being realised.

The UAE’s government is made up of 22.5% women, which makes it the 5th country in the world for representation of women at a government level[2]. This is impressive and made possible because from the beginning of the UAE’s creation it has strived for equality and has not been willing to compromise. In the private sector women make up 46% of the workforce, which is well ahead of the global average.

There are so many organizations in Dubai that are aimed specifically at helping women, whether purely for advice, finding new employment or returning to work after a break or maternity leave. For example there is Hopscotch, which aims to help women find part time jobs, perfect if you have young children. Check out Mums @ Work  if you are looking for a company that understands the demands of having a children and being a working mum. If you are already a working professional or an entrepreneur then the Dubai Business Women’s Council is a great organisation to join. Aimed at supporting, educating and inspiring women in Dubai from every walk of life, this is an excellent place to learn and meet other aspiring women.

The important thing to realise is that you are never alone and there are plenty of women out there who feel the pressure from wanting to ‘have it all.’ The thing to realise is that even though we may not have quite cracked that ceiling yet, things have dramatically improved and if we all keep work and striving for equality then it is absolutely attainable.

Beneple’s free HR software solution has been specifically designed for the UAE and GCC markets, catering to the region’s specific HRMS needs. We offer small and medium business enterprises in Dubai, and across the UAE, the best HR software solutions under one platform, free of cost.